WHERE IS THIS OLD MAN CALLED BOR? 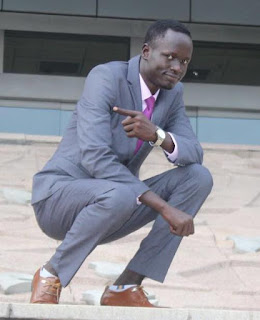 We, Dinka Bor (Jieeng of Jonglei) are like twenty wives of a polygamous Jieeng paramount chief. When there is a big occasion where the paramount chief would serve as the guest of honor, the twenty wives were the happiest among the village crowd. The master of ceremony will cheerfully and gracefully introduce their names to the public [as diaar ke bany-chief’s wives] as each one of them waves at the cheering audience with a smile that lasts only in that occasion.

After the ceremony, they return to their respective lonely and boring huts where the paramount chief is seen to visit each one of them occasionally during childbirth, funerals, daughter’s marriage, meal-times or occasionally when such community gatherings crop up again.

We hate the name Bor to the core and we have been manipulating and fighting ourselves over it for quite sometime now but our respective problems such as poverty, illiteracy, insecurity, lack of development and governance are never solved by this name Bor but rather individually as far as this time is concerned and maybe this will project into the future if we do not unite now.

A story is told about four friends who shared and demarcated a house they agreed to live in. They were leopard, hyena, snake and lion. They lived on set rules and pretended to be friends while in reality, friendship is the only avenue where absolute trust and freedom is expected to be manifested by the concerned parties.

The leopard came up with his rule, saying that he doesn’t like people looking at him directly in the eyes. The hyena also said that no one should ask his whereabouts should he come late in the night. The lion doesn’t like noise and anyone who tries him would face his fiercest wrath. The snake likes to coil herself at her corner in that house and she warned that none should touch her body, otherwise the culprit will carry her venom.

On one fateful night, the hyena came late and the leopard forgot and asked about the hyena’s whereabouts. The hyena looked at the leopard in the eyes and a fighting began. The lion heard the noise and joined in the fight and so they reached the venomous viper who bite them all. As each animal was writhing in pain and slowly dying of the snake’s venom, they crushed the snake who later died in the process and the house became a silent place forever.

We, who are living in Jonglei and South Sudan at large are no exception to the four friends in the above story if we do not open our eyes right now.

I was not yet born when the name Bor came into existence if I am correct. If there are details I know, I heard them from people and I would be biased to use an information that I cannot verify. Bor has gone into the ears of our neighbors and you will hear a Mundari young man calling a lad from the current Jonglei state as ‘Maton kere Buoor,’ translated as ‘a gentleman from Bor.’ Just the same way people say Hol e Pathel or Hol e Door. Although Pathel and Duoor are sectional clans in Hol, the people of Hol never make a big deal about it. The same way ‘Dinka’ which is never our traditional name, is mostly used in history books now and none will easily change it in the minds of the international community until some years to come probably.

This name Bor has been sectionalized by Jieeng of Jonglei (especially Duk and Twi communities) to be a specific name that belongs to Athooch and Gok communities and I am too young to understand the roots and origins of that name Bor. Some elites from Athooch and Gok took the name that we all know, has been heard and taken by our neighbors to represent us as Jieeng of Jonglei and politicized it, thus, coming up with another propagandist name BOR-ASILI meaning BOR-ORIGINAL. This later angered the other communities who disapprovingly and automatically become BOR-PHOTOCOPY and Twi (Tui) took that deeply into their nerves more than the people of Duk. The period between 2013 and 2018 intensified the current BOR-TWI conflict with the rebellion in SPLA/M as a major tool. This was later highly politicized by unknown singers from these two rivaling communities and several Facebook live videos ensued in retaliatory manners until now.

When the current Jonglei State faced people from Terekeka State and Eastern Lakes State in the sport of wrestling, they carried this venom of their ghost name ‘Bor’ into the wrestling arena. That therefore led to their political defeat at Juba Stadium in 2017/2018 wrestling tournament after they disagreed and betrayed the Jonglei wrestling legend, Majok Jongrir-their coach and the entire Jonglei State. When they once got united as Bor and fought against their common enemy, Murle, they won. The people of Barh el Ghazal, Apadang, Equatoria, Nuer and Murle know them as ‘Buoor.’ They are treated as Bor, and sometimes killed as Bor. But what do they know about themselves? They are Malual, Mabioor and Machaar living separately in their own quarters. I am pushed to say that they are the communities whom the Jieeng artists of Eagle Band (Akut e Kuei) were singing about...”Muonyjang we be thok e terek; wek Jieengda we abe thok eterek...”

There are also some crazy ideas among these three communities in Jonglei: Duk, Twi and Athooch-Gok. They teach their children nonsense which later grows up with the kids. A man from Duk is referred to as ‘Nuer.’ Twi are called by the other two communities ‘Dhan’ or ‘fools.’ The Athooch-Gok lots are referred to as ‘rueny’ or ‘thieves.’ This fake oral tradition went as far as the creation of sarcastic songs in marriages and wrestling among these communities. Some of the sarcastic songs were purely comical and they were sometimes composed in relation to foods eaten like Awalwala which was thought to be for Twi alone and ‘Aguek’ which was sarcastically thought to be food that was related to Athooch-Gok. The sarcasm about foods was nothing more than comedy but the crazy ideas of Nuer, fools and thieves still live among these three communities up to date.

Having narrated the situation, I would not stop there. I would like to first and foremost thank women who have never ever condoned segregation at all levels in Jonglei whether in goodness or badness. I am not talking about already married women who carry the mindsets of their husbands but young girls that are not yet married. As long as all these things happen, love has never failed. The men who fight themselves into the graves would one day be brought together by a girl that carries a child of a man from the other rival community. Even though we fight, we will never stop to intermarry because love does not know all our nonsense. Congratulations  Jonglei ladies wherever you are.

What then is the future of Jonglei if it fights within herself on a small thing like a name? If I argue that all of us are supposed to be called ‘Acinrin; Macinrin’ meaning NAMELESS, then some of you will say that I have gone nuts. When you were conceived by your mom, what was your name from the day you started kicking inside her womb until the day you sipped the air of this cosmos? How mad are we, who fight on names [that can be created and destroyed and recreated again] to kill individuals that can never be created again once they are completely destroyed? Fighting for a ghost to kill the livings and create more ghosts, is that our mission? Woe unto you generation of intellectual and political porcupines who have been born among the older generation of the fiercest great-horned owls that have ever lived on this planet. Such a situation is what my learned friend Prof. PLO Lumumba would refer to as a tragedy of gigantic proportion. The intellectual and political porcupines who are the younger generation would tend to write thorn-like inciting articles that later reach the ears of the illiterate majority as truth from heaven ‘yic bo nhial.’ The illiterate majority takes this gospel of death and cut themselves into their early and unfortunate graves of pure nonsense. The same political and intellectual porcupines will correct their seniors, the fiercest great-horned owls that have ever lived, in a way that pricks their hearts, thus making them defensive and dangerous. Oh! No! My Jonglei, No!No! South Sudan, No!

In conclusion, I would like to ask one fundamental question. Where is this old man called Bor? Whose ancestor is he among Duk, Twi and Athooch-Gok communities? What can it kill if we leave it like that since ‘ee ke ce jang deer yic’ [meaning to say, it has already reached the ears of the public]? What I know so far is that there are ‘Buoor’ or ‘Jieeng of Jonglei’ but that old man called Bor is a ghost. If I even call it a ghost it will mean that it has once existed, so let’s call it non-existence or ‘tuong e yom.’ A name can be created any time but people remain. Individuals make up societies and their names and no name of a society has ever given birth to a single individual. Let us create a free Jonglei who can debate on healthy and concrete arguments, not on mere things that do not exist like the name Bor.

I need to see a Jonglei whereby if Kuir e Garang is idolized by the whites in Canada and I reach there and they call me Kuir, I can still feel good and celebrate his name and good legacy. I need a Jonglei whereby there will be nothing like ‘ee raanda’ or ‘he is our man.’ I need a Jonglei that will treat names lightly but rather economical development and good governance strongly. I need a Jonglei whereby my brother Aleermayoor will walk hand in hand with my maternal uncle Bul-Mapiliny/Bun-Mapininy and my friend Alieer-puldit laughing in a land where justice, liberty and prosperity has been fully realized and implemented. I would like to see them calling themselves respectively ‘garguur,’ ‘mawaakaai’ and ‘thon e wuurdie,’ as they sip the tastiest fresh cow milk cooked by our traditional clay pots as they crack jokes by the fireside at night.

Graduate with B.Sc. in Geology from the University of Nairobi. Master’s degree student at Xi’an Shiyou University whose major is M.Sc.in Petroleum Engineering [Oil and Gas Fields Development Engineering] at Xi’an, China.  Interested in Politics, Humanity and Spirituality.
Poet and a motivational speaker.  Email: jokmagai1987@gmail.com
_________
Editor's Note: The ideas expressed in this article don't necessarily reflect the position of 'The Philosophical Refugee' but of the author. For any questions about the article, please direct them to the author of the article at jokmagai1987@gmail.com