No to Ethnic Federalism in South Sudan 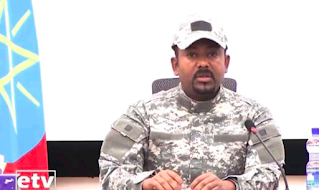 Federalism is not a bad governance system if those leading it have the interest of the country at heart, and if the mindset leading it is selflessly conducive for development programs.


My only concern, and the suggestion that I have regularly passed to fanatical proponents of federalism, is that ‘Federal System’ in-itself would not change things unless our inter-tribal relations, inter-personal relations and our understanding of leadership and government change.

People’s attitudes and ideologies toward established systems inform the system not the other way around.

While I welcome the Federal System of governance in South Sudan as long as it is conscientiously structured, I am gravely opposed to any form of ‘Ethnic Federalism’ … like the ones in Ethiopia and Nigeria. We can now see what it has done in Ethiopia.

Many misguided South Sudanese believe that the South Sudanese Federal system can be modelled after the ones in Nigeria and Ethiopia. While there are presumptions and face-value indications that some people love the system in Ethiopia, one cannot be certain that it is an advisable, exemplary system of governance.

In a world that is increasingly moving towards the acceptance of diversity, it would be a bad precedent to move South Sudan towards a statehood that exist as pockets of tribal homogeneity. We cannot unite a country by compartmentalizing it into pockets of tribal exclusivity. While it is a feel-good proposal for some people, “Ethnic Federalism’ is, in praxis, a willing destruction of the country based on parochial presumption of ‘We-ness.’ We, the Nuer! We, the Jieeng! We, the Bari! We, the Kachipo! We….We…We….

Even as many Ethiopians were arguably happy with Meles Zenawi’s idea of Ethnic Federalism in order to get rid of the Amharic face of the country in what some Ethiopians have described as the ‘De-Amharization of Ethiopia’, one can clearly see that the example of Ethiopia is a stone-age example South Sudan should not copy!

The Nigerian example is badly self-explanatory that one cannot even think of it. It is a disaster!

Although this might sound very ambitious, it is in the best interest of South Sudanese to work toward the creation of a ministry (Tribal Affairs) that should work out long-term models of inter-tribal understanding in South Sudan. Making tribal leaders, elders and the grassroots part of the governance system in which each and every tribe feels included and heard is better than the ethnic fragmentation of the country into self-interested pockets of mutually exclusive ethnic enclaves.

Institutionalizing the frameworks necessary to combat ethnic differences would help the people to understand the role of government in their lives. In the long run, it would bring the government closer to the people with deeper appreciation of their local leaders, thereby making it hard for greedy politicians to mislead them.

Some tribes in South Sudan do not fight because they want to. They fight because they feel marginalized and insignificant in local and federal affairs. Besides, some fight on behalf of leaders from their own tribe because they do not understand what ‘government’ means. In South Sudan, as it is in other African countries, we don’t just have ‘individuals’ but ‘individuals from a given tribe.’ This is an existential truth none of us should downplay.

Practical Federalism, not Paper Visual Federalism, can bring people closer to those who govern them; however, we must resist attempts to ethnicize South Sudan any further. To further tribalize a new nation with no sense of unique, clear and understandable sense of ‘NATIONHOOD’ is to be hellishly irresponsible.

We must first create and concretize an understandable “National Identity” before we gladly or mischievously disperse into our tribal enclaves in the name of ‘Ethnic Federalism’ or more appropriately, ‘National Destruction!’ (See Birth of a State for a critical discussion of “national identity’)

We have been divided fatally enough by the imperial Britain (1899-1956) and the Arabo-Islamic elites (1956-2011) so let us unite while accepting our differences!