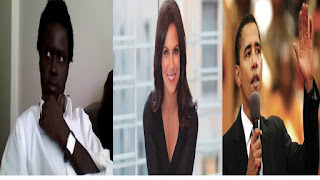 Black as a universalized cultural identity of the African Person (AP)* is a residual effect of slave and colonial mentality, a racial/race paradigm. It is a malady I call, conservatively speaking, stuck-in-the-past syndrome of color constraints. Black could be an on-the-street ‘social identifier’ of race figures not a meaningful phenomenon of deep cultural identification on a universal scale.

Having read Race and Racism related writings of eminent scholars like Lewis Gordon, Henry Gates, Paul Gilroy, Cornell West…among others, I’ve come to realize two conflicting virtues the Euro-world imposes on the AP as a function of historical, institutional powerlessness. However, this conflict isn’t in the classical Race double consciousness DuBois (1903/1965) diagnosed at the beginning of the 20th century.  Instead, it is the need to be recognized and valued by European scholars on one hand, and the emotional, racial requirement to promote what it means to be an AP in a global sense on the other (Haley 1993).

While they’ve attempted to write on Race and Racism in an attempt to give voice to the AP, they still do so within the same European lenses they are presumably trying to inform. It’s nearly impossible to both defy and ask for respect within the same institutional establishment you are trying to correctively inform about previously suppressed or neglected realities. It’s a dilemma between a universalized opinion that would open many people’s eyes, and the prudent requirement to just do a little to fit in and earn oneself a living. It’s a tough existential transcendence.
To settle for what Europeans called you [Black] and still claim to be correcting European's caricaturing of the African Person is an oxymoron. I find it not only hard to understand how able scholars like the ones I’ve named above don’t see it that reducing a whole humanity of people with values and cultures into a single 'color' is not only reminiscent of the past distorted view of the African Person, I also find it unreasonable why they don’t see that embracing the status quo of blackness as an identity is to bless the external social and racialized determinism. It’s being determined ‘from without’ as Franz Fanon (2008) would say.

Colonialism, Slavery, Jim Crow, Segregation, Apartheid, and other past Euro-ills (sociopolitical and socioeconomic) put the AP down with unbridled immorality (Fredrickson 2002). However, contemporary realities have afforded the AP an avenue to correct the ridiculous. Nonetheless, we’ve settled for what Europe wanted us to be: black metaphorically and black in social valuation.
Black shouldn’t be used to generalize cultural identities of a valued humanity. It could still, however, remain as a social identifier when strict identification convenience calls for it. Its contemporary usage is a residue of past denigration of the AP and the contemporary intellectual laziness.

It’s easy to see Mr. X and call him a ‘black man.’ However, it becomes questionable why one needs to address Mr. X as such when he’s from Nigeria and his tribe is Igbo. Mr. X is an Igbo man from Nigeria. Being Igbo and Being Nigerian are both respectful terms when it comes to Mr. X’s identity. However, respecting one’s identity is only important to the subject in question, that’s Mr. X. It’s not important to someone who doesn’t share the identity relevant to Mr. X.
A European has little or nothing to gain by respecting Mr. X’s cultural identity. He could call Mr. X anything as long as he gets away with it. And whether or not he refers to Mr. X in terms that are respectful depends on his universal perception of Mr. X.

It’s therefore left to Mr. X to tell people his respectful identity. Being Nigerian and Igbo shouldn’t be reduced to a denigrating 'color.' Reducing people’s identities to a mere color is both disrespectful and, also, an identity oversimplification. And even worse, it is something reminiscent of slavery and colonialism. a time at which the European was the only authority: moral, political and economic.
There are African Americans peoples who decry being called Africans or African America, and that they prefer being called ‘black.’ That’s oxymoronic because the only reason they are called black is their connection with Africa. They are not called ‘black’ because of their Americanness or their Europeanness; it’s because of their Africanness, which Europeans and the defeatist attitude of the AP, equate with ‘blackness.’


*African Person: I use this word for Africans and people of African descent