A Canadian Citizen but Still a "Refugee" 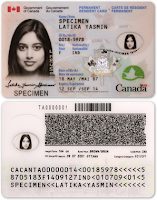 The 1951 Geneva Convention defined a ‘refugee’ as “a person who is outside their country of citizenship because they have well-founded grounds for fear of persecution because of their race, religion, nationality, membership of a particular social group or political opinion, and is unable to obtain sanctuary from their home country or, owing to such fear, is unwilling to avail themselves of the protection of that country.”

Essentially, a refugee is someone looking for or is living in a place of refuge. However, when a ‘refugee’ finds a home and becomes a citizen of the country in which she/he had sought refuge then that person ceases to be a refugee. The country of refuge or asylum becomes his/her country of residence or citizenship. They are no longer in such of refuge: they are home! How can you be a refugee in a country in which you are a citizen? You can vote and run for an office yet you are still referred to as a ‘refugee.’  This is simply a refusal to think!

Unfortunately, this refusal to think speaks volume about the way in which North Americans perceive issues that originate from outside their borders. The level of scrutiny given to issues within North America and Europe is not extended to issues outside. Things are taken at face-value or in the way the ‘experts’ see them.

As refugees come to Canada, they acquire the status of ‘Permanent Resident’ and become like other permanent residents. The only difference in Canada between the supposed ‘refugee’ (except of refugee claimants) and other classes of immigrants, is HOW they came to Canada. But this rather becomes a historical subject rather  than a Status-in-Canada issue.

I came to Canada as a refugee and I’m now a Canadian citizen so I travel with my Canadian passport. However, some Canadians still refer to me as a “South Sudanese Refugee.” To someone who takes things at face-value, this would sound like an intentional exclusionary politics. However, it’s not! People aren’t excluding me from Canadian citizenship; they are simply saying what they hear being uttered by authority without thinking seriously about it.

The only people who have a status of ‘refugee’ in Canada are refugee claimants in search of refuge in Canada. Even the recent ‘refugees’ from Syria became landed immigrants the moment they enter Canadian airports. They get the same landing paper with the UCI or Client ID numbers and later Permanent Residents (PR) cards. They were refugees before coming to Canada, however, Canada is now their ‘Permanent Home’ unless they choose to leave.

Someone might say that this doesn’t matter as this doesn’t affect these ‘refugees’ in any significant way. Of course it doesn’t, in a way. However, it says something about us as Canadians because it begs this question: How many other issues do we do in that manner? How many political issues do we do without thinking about their semantic realities? Because wording of things affects how people perceive things, it's crucial to put these things into consideration in decision-making.  And it also gives bigoted individual arsenals to continue to see these new Canadians as only here temporarily. Canada isn’t simply their place of REFUGEE; it’s their PERMANENT HOME!

When the experts who advise the Prime Minister (PM) don’t see this fallacy and the PM doesn’t realize it, then this gives me grave concerns about some things he might do in the same way.