The Cardinal Sin of the SPLM

"When President Salva decreed them out in 2013 for massive corruption and failure to deliver, the war broke out. The results are the ongoing rebellions and the culture of becoming a general in the army one does not command." 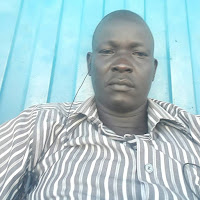 The Cardinal Sin of the SPLM started since its inception where the late chairman gave too much leeway to his commanders. They were emboldened and empowered by the SPLM/A Penal Code and Disciplinary laws to execute soldiers, dismiss and sentence others to life imprisonment. There was no accountability and transparency.

They were abusing their powers maximally. Because there was a war being prosecuted, the chairman did not pay much attention to how the fines imposed on the locals were spent in kind or cash. He was hard on them only in few stances of insubordination and mutinies.

The scars are still present. There were moments when the revolutionaries would get into conflict with the UN relief agencies over relief items. They, without any exception, put much of their energy and efforts on wealth creation and self-aggrandizement. The peace of the people was secondary. There was no plan on how the state would be built once the war is over. All these narrations explain the situation we are in now.

The fact that Dr. John Garang and Commander Salva Kiir did not devote their times to holding the commanders responsible for the crimes they committed, was seen as a sign of weakness. The taking of civil populations properties not based on legal procedures was the order of the day.

The lives of volunteer innocent SPLA soldiers were even at their mercies. With the signing of the agreement in 2005 and following the untimely passing of the late chairman, Commander Salva took over the helm of power, the commanders found themselves holding public offices without adequate political experiences and the technical know-how in civil administration. It then became a public knowledge that the commanders mainly those who were close associates and confidants of the late chairman did not get along with President Salva. They were doing things as their whims dictated. I cannot blame President Salva because the commanders were already spoilt beyond reproach.

It was a big and a challenging task for Commander Salva to reform an already indoctrinated group towards non-existent and impractical ideologies. During the liberation days, he, too, had no time to rein in on them as most of his time was spent in the field commanding and directing military operations.

What could have been done before their appointments as commissioners, ministers, and governors, was to train these commanders on state and nation-building. But after the agreement, they just rushed to jockey for positions to acquire wealth. They did not put into practice the little they learned in South Africa. Dr. John Garang instituted CANS (Civil Administration of New Sudan) in 1994; the move and the goal were meant to change the mindsets of the commanders from liberators to rulers and institutionalize the system but they failed to get transformed.

Commander Salva has not been on good terms with the group allied to the late chairman. Observers said his political and administrative differences with Dr. John Garang were the machinations of those who became popularly known as ‘Garang's Boys’; a jargon coined to refer to the bodyguards of the late chairman and his cronies, who are most of the times accused of influencing the decisions of the late chairman.

When Commander Salva became the President of the Republic, he appointed most of them in many constitutional posts, but they failed to deliver the services to the people and perform the task for which they were assigned. They chose to enrich themselves. The corruption is in the blood of the commanders and should not be expected to get eradicated overnight. When President Salva decreed them out in 2013 for massive corruption and failure to deliver, the war broke out. The results are the ongoing rebellions and the culture of becoming a general in the army one does not command. The cause of the current conflict is because the former comrades quarreled over their wealth and power-sharing with blames and counter-blames over the maladministration.

*Pal Chol is a concerned South Sudanese. He has written extensively on various South Sudanese websites and in newspapers on social, economic and political issues.  He is reachable atpalcholnyan2016@gmail.com