"For instance, a South Sudanese student fights with another child but it’s only the South Sudanese who is suspended. A South Sudanese quarrels with his coworker at the workplace but it’s easily established without evidence that it’s the South Sudanese to be fired. This discriminatory reality, based on race, increases anxiety, stress and a sense of social exclusion among immigrant and refugee parents and youth. Yet, these parents don’t know the consequences of sitting on this stress as they don’t seek counseling to deal with stress."

The Confusing Nature of Race 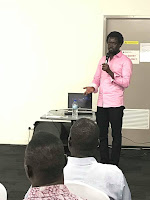 Race permeates our society and it affects almost all aspects of our lives, private or public. Whether we embrace it or dismiss it, it continues to rare its ugly head any time issues of interest come up. It’s controversial and some people prefer that we don’t talk about it not for what it means but for what it does. But nothing can get solved if not discussed. It’s the way of the world.

It demonstratively and grossly affects everything from housing, jobs, relations, schools, universities, law, immigration, to health care. Social scientists, scholars in the humanities and biological science have a very uncomfortable relationship with race. For scholars on the right, race is a biological reality. For scholars on the left and those who take science to its nitty-gritty, race is a social construct…and some go as far as to say that race is a myth and fiction.

What motivates many scholars to argue that race is a myth, or a fiction is the difficulty with which one can delineate the differences between races and the fact that there are marked differences within given races. For instance, Arabs from different countries in the Arab world are collectivized into one race when they event come in different colors. As Dr. Anthony Appiah, a professor of philosophy and law at New York University has argued, (and I paraphrase here) Arabs in Morocco look much different from Lebanese, or Yemenis or Sudanese, but our classic race theory puts them blindly together. In the same manner, Africans and people of African descent are collectively grouped into one category when the ridiculousness of such a categorization is apparent. A Jieeng of South Sudan is very much different from a Zulu of South Africa or an Amhara of Ethiopia but that makes no difference in race’s classificatory realities as all of them will be classified ‘black’ or in a classical sense, Negroid. In a more shocking sense, in America, race takes a far more mind-boggling sense. A rigid black and white divide is a rather a confusing world of irrational societal, conscious impositions.

As long as one has a parent or a grandparent that has some blood relations with people of African descent or Africans, such a person will be classified as ‘black.’ This is the classic one-drop rule. No matter how ‘white’, blond, or blood-eyed that given person is, his or her ‘race’ will be black or Negroid. As Walter White once wrote, “I am a Negro. My skin is white, my eyes are blue, my hair is blond. The traits of my race are nowhere visible upon me” (in Appiah 2015).  Just imagine such a scenario! Think about it! How can you belong to a category whose determining traits you don’t have? This is like saying a cat is a dog and believing it is true. This mind-boggling race reality would categorize Walter White and Kuir ë Garang in one race. Just imagine that! It’s the same irrational, socially purposed reality that categorizes Barack Obama and Raila Odinga in the same Race while putting Obama and his own mother into different races! How ridiculous!  How unnecessary!

These contradictions make it worthwhile to take a necessary and meditative pause and ask: Isn’t race really just a myth or a fiction? If Kuir ë Garang and Barack Obama are of the same race, then how exactly is race not a myth? For many scholars, the reason why Barack Obama is characterized with Kuir ë Garang as ‘black’ is to exclude Obama in his mother’s race to maintain what is termed as ‘racial purity.” Racial purity, which unfortunately is still practiced, is an instrument of racial discrimination. As UNESCO has written, “Racial prejudice and discrimination in the world today arise from historical and social phenomenon and falsely claim the sanction of science. It is, therefore, the responsibility of all biological and social scientists, philosophers, and others working in related disciplines, to ensure that the results of their research are not misused by those who wish to propagate racial prejudice and encourage discrimination”(UNESCO 1967).

However, there are many scholars on the right who believe that race differences are not a myth or a fiction. That they are real and natural (biological). Some of these people give simple examples of physical differences that can’t be referred to as social constructs. The physical difference between A Nuer of South Sudan and A Han Chinese are not constructed. To these scholars, these differences are biological and genetic as the physical appearances and genetic traits can be passed on from the parents to their children. In fact, these people find it really hard to understand how one can argue that putting a Nuer and a Han Chinese into two different races doesn’t make sense. Of course, any reasonable and rational human being would see these differences. While conservatives do acknowledge that the classical race categories were rather haphazard, they still think that a case can be made for race. However, opponents of race would argue that such differences are superficial, and a Nuer and a Chinese would share some biological realities that their fellow race members don’t share. A simple case is a blood type. This means that a look far beyond physical appearances would reveal more than the appearance can engender.

However, the main problem with the position of race advanced by right-wingers and conservative scholars isn’t rejected for what it means per se, but for what it has done in history and what it continues to do. Differences among human beings, using race as the determining parameter, or as an “index of differentiation” as a cultural theorist, Paul Gilroy, would say, were used to justify slavery, colonialism, segregation (such as apartheid and Jim Crow) discriminatory immigration policies, among others. In a paper titled Taking race out of human genetics, published in Science in February of 2016, a group of scientists wrote that race is “problematic at best and harmful at worst.” Since 1951 when UNESCO brought together a group of scientists and scholars in different fields to study race, the main aim was not really to understand race but to come up with a definition that would help people dismiss it given what it has done over many centuries. The harm, which race has done, has many consequences which include, more prominently, health-related issues.

The consequences of race, rather than what race is, are what is important to us tonight. Race affects the jobs we get, the neighborhood we live in, the school we go to, the way we are treated in society and our possibilities in life. These realities affect our socioeconomic statuses and consequently, what kind of health services one can access. For example, some South Sudanese families, who moved to Canada as refugees, have a high chance of living in low-income neighborhoods and having access only to less paying jobs and this affects what sort of healthcare they can afford. While some are able to get relatively well-paying jobs, a majority are still weighed down by the race judgment and that affects their upward mobility in Canada and consequently, their health issues. Being less-informed, their understanding of health issues becomes problematic as the relationship between health and economic prosperity is not something they understand well. Some don’t understand that given behaviors trigger health problems, yet they don’t seek health advice from health professionals.

This, coupled with societal judgment, put a great strain on their mental health leading to stress. As David R. William, a public health professor at Harvard University recently put it regarding the harmful effects of stress among African Americans,

Stress certainly plays a huge part. We know that high levels of psychosocial stress can have serious health consequences—such as high blood pressure, asthma, obesity, cancer, and death, as well as damaging behaviors, such as poor sleep, smoking, and substance abuse. Such stress has been linked with facing racial discrimination—or even the threat of racial discrimination—on a regular basis, in everything from employment to getting a bank loan to hailing a taxi. Certainly the recent tragic events in the news would only serve to heighten individuals’ existing stress levels." (in Feldsher 2015)

A few examples are African-American men being killed by the police, African students’ ill-treatment in school by teachers and how African migrants and refugees are treated at workplaces. For instance, a South Sudanese student fights with another child but it’s only the South Sudanese who is suspended. A South Sudanese quarrels with his coworker at the workplace but it’s easily established without evidence that it’s the South Sudanese to be fired. This discriminatory reality, based on race, increases anxiety, stress and a sense of social exclusion among immigrant and refugee parents and youth. Yet, these parents don’t know the consequences of sitting on this stress as they don’t seek counseling to deal with stress.

This is what makes programs like Paarman Maternity Centre very important. Taking healthcare issues, especially women’s health, very seriously has a ripple effect in terms of helping women in war-torn countries take care of children and girls to attend school. Since mothers become the only breadwinners during the war, it’s very crucial that their health becomes a priority. Humanitarian aids come with strings attached and pharmaceutical companies are after making money not help poor Africans. There are historical cases of using people in the so-called ‘Third World’ as lab rats. Why’s AIDS prevalent in Africa and why is Ebola always prevalent in the Congo?

Local initiatives by the local people need to be supported in order to prevent dependence on external goodwill that largely depends on race.

Health Education Programs within the Community

Community leaders need to bring health professionals to conduct information sessions in order to health the community understand some of the causes of health issues and how they should be tackled. Our communities, at home and abroad, are suffering for they have little understanding of their genesis and how ignoring them leads to greater consequences.

Kuir ë Garang is the editor of the 'Philosophical Refugee" website. He's the author of Is 'Black' Really Beautiful? and other eight books.
at May 27, 2018