"If Canada is a racist society, then what moral conscience do we appeal do when we ask European-Canadians “not to be racist?” Are we appealing to the moral conscience of people who cannot change yet we keep on saying the same thing to them?: “Please don’t be racist!” We need to be clear as anti-racist writers because we are doing a great disservice to racialized people and to the Canadian public that needs to be enlightened about Canadian past and contemporary ills." 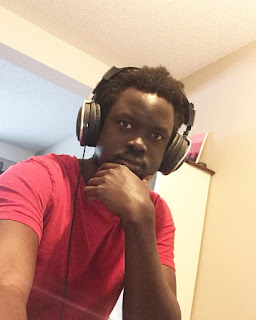 Essentially, no self-respecting scholar in any part of the world, in any field, can adorn an expert hubris and proclaim to know how to unequivocally define what race and racism are. Modernity gave them to us raw, yet postmodernism, with its pretentious egalitarian propensities, is either helpless when it comes to race and racism, or it adds to their complexities given how it reduces meanings to our use of language. So, scholars only give ad hoc definitions that make sense within their world.
However, this humbling reality will not prevent confident proclamations not for what race and racism mean but because of the tragedy this infamous duo has meted out on what Canada mind-bogglingly refer to as “visible minorities” or “people of color.” Race and racism feature in lived experience; so, for many, they don’t have to be defined.

In his essay, Distorted Mirror: Canada’s Racist Face, Cecil Foster, a Canadian renown novelist, scholar and journalist, proclaimed unequivocally that “Canada is a racist country and always has been. Nothing proves this point more than the hostility of the Canadian establishment to two things ethnic minority treasure dearly as signs that the nation is slowly accepting them.”

Foster’s statement means two things: that inclusion was happening means that a certain group of people has been excluded; and that such inclusion is slow yet detested. Given that Canada portrays itself as the epitome of western liberalism, inclusion, and freedom, Foster’s statement is demoralizing. As Canadians, we only expect such an un-Canadian behavior from our neighbors Down South!
However, it is our Canada! It is in this same land where our Prime Minister, Justin Trudeau, tweeted on January 28, 2017, that “those fleeing persecution, terror & war, Canadians will welcome you, regardless of your faith. Diversity is our strength.” Yet, it the same Canada where Foster’s five-year-old son emotionally comes home from school crying for having been excluded from a birthday party by his kindergarten classmates because “he was black.”

Yeah, I know, savvy and critical readers might say, “but that was in 1991. Canada has improved.” Not so fast. In his 2010 book, Black Canadians: History, Experience, Social Conditions, Joseph Mensah of York University argued that “Many Canadians are reluctant to admit that racial oppression and inferiorization exist/persist in this country.” Mensah added that Canadians “have the tendency not only to ignore our racist past but also our contemporary racial incidence as aberrations” of a few bad Canadians.

So, when Hitesh Bhardwaj of Mississauga, Ontario, records a European-Canadian woman in 2017 saying, “I would like to see a white doctor. You're telling me there isn't one white doctor in this whole entire building?", Canadians become shocked. Perhaps we might dismiss this incidence, like the Canadians we are, as a case of “a few bad apples.”

However, “the few bad apples” theory gets really confusing and concerning when once hears everyday lived experience of the so-call “people of color.” As Robyn Maynard tells us in her 2017 book, Policing Black Lives: State Violence in Canada from Slavery to the Present, a Kindergarten student in a school in Mississauga was handcuffed by the police with the permission of the school without parental presence or consent. Neither the school administrators nor the police officer, two agents of protection and care, thought it necessary to treat the youngster like they would treat any child. While the school and the officer would dismiss race or racism in this case, we can argue that the child was treated that way—like Foster’s son—"because he’s black.”

Yet, we can assert all these and none of us can say what race and racism are, really. While scholars say that race is an illusion, a fiction, or a social construct with no biological basis, most of these scholars will still say that racism exists. Joseph Mensah, like Ta-Nehisi Coats, in Between Me and the World, argues that race doesn’t exist but racism does exist. Well, scholars like Connell West would say that Race Matters.

Since racism was derived from race, many readers might find this confusing and, in some cases, amusing. How can racism exist if there is no race? For these scholars, racism preceded the invention of race in the 19th century. The there-is-no-race-but-there-is-racism proposition is a postmodernist discourse so let’s leave it there. Well, we’ll come back to it.


While these scholars have a point as far as the lived effects of racism are concerned, I believe they are misguided. It is such a compromised scholarly, intellectual and activist trajectory that make contemporary anti-racism campaign either ineffective, counterproductive or patronizing. Young people are told to get angry when racial slurs like Nigger or Jap or Paki are hurled at them. However, there is no practical epistemic power or empowering recourse given to these young people with respect to racial slurs except being told to respond: “don’t use that word it is offensive.” Or as the 2016 Edmonton campaign put it: “make it [racism] Awkward.” But, defeated, these young people either fight or break down emotionally.

This is to put young people at the mercy of the very people who discriminate against them, the very people who have historically placed them outside mainstream moral purview. If Canada is a racist society, then what moral conscience do we appeal do when we ask European-Canadians “not to be racist?” Are we appealing to the moral conscience of people who cannot change yet we keep on saying the same thing to them?: “Please don’t be racist!” We need to be clear as anti-racist writers because we are doing a great disservice to racialized people and to the Canadian public that needs to be enlightened about Canadian past and contemporary ills.

Without any clear definition of racism, those who are discriminated against daily are free to call anything that offends them racism as long as it is an offense from a non-racialized person, mostly, someone of European descent. However, as people who are racialized and discriminated against, we can’t risk trivializing racism. We can’t call anything that is offensive racism because racism truly exists, and it affects people’s lives. Given the effect of racism, we need to be careful about what we call racism. If we can’t properly define racism as scholars, then we need to emotionally prepare racialized youth and children on how to respond to insults. Young people should not be like Carol Talbot, in Growing Up Black in Canada, who after European-Canadians say “Nigger”, “had no degrading comeback that had any impact” on European-Canadians.

While institutional racism can be hard to deal with given its illusiveness, or its defused capillary nature as Michel Foucault would put it, we need to remember that no one has a monopoly over emotions. Even Donald Trump with all his power and wealth is just like the rest of us when it comes to emotions.

So, when people like Tim Wise write in, A Look at the Myth of Reverse Racism, that European-American should dismiss racial slurs like “cracker” or “honky” as silly but avoid using “Nigger” because it is offensive, then I fail to see how such a mindset isn’t racist in itself. Reflecting African-Americans as emotionally weak and European-American as emotionally strong is not to be anti-racist. It is to support the historical assumption that European is reason and African is emotion. Racism is real (like Foster’s son’s case) and needs to be fought, but we shouldn’t make racialized people emotional prisoners.

The legacy of history and dehumanization of slavery and Jim Crow cannot be fought by such a mindset. It is a grotesque history with contemporary ripples that cannot be reduced to “don’t use that word it offensive.”