And the fight goes on: Racism, monkey chants and West’s moral failing 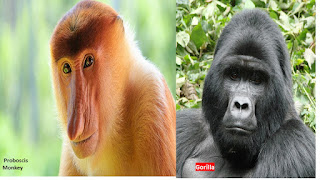 Africans should stop self-pity when they are called “monkeys” or when soccer hooligans hurl racist insults at soccer players. Obviously, this sounds like a terrible thing to say because it sounds like “victim-blaming” as activists would say. I indeed expect nothing less than “how dare you?” But, seriously, hear me out.

Growing up in refugee camps in Africa, I used to feel bad when movies and books made lewd or denigrating references to Africans being monkeys. But as I grew older, the references became nonsensical and even comical at times. Someone as hairy as a monkey was calling me a ‘monkey’! I found it amusing. Yet my inner ‘man’ and social upbringing nudged me against verbalizing my thoughts: ‘Dare you not say it out loud!’ Besides, my fellow Africans find no amusement in being called a monkey.

Of course, the ‘monkey’ reference was part of European and Euro-American imperial self-elevation and African debasement. The case of Ota Benga exhibition alongside an Orangutan in 1906 in New York City Zoo is an example. Yet, the more I studied the ‘monkey’ reference the more it lost meaning to me. What kind of a hairless monkey am I? What kind of a full-lipped monkey am I? What kind of monkey is kind to its oppressors? Why should I locate the psychosocial problem in me rather than in the originator of the ridiculous thought that I am a ‘monkey’?

Readers should note therefore that I am going to offend a good number of good people; but this is a necessary offense. “The ugly spectre of racism” according to The Guardian article on December 16, 2018 that surveyed the rise of racism in European football gives me the first moral and social currency to write with no moral qualm. I am not going “high” like Michelle Obama because monkey chanters will not understand the language of ‘high morals’.

“My ancestors and my parents suffered for my generation to be free today, to work, to take the bus, to play football. Racist insults are ignorance and can only make me stronger and motivate me to fight for the next generation,” Pogba wrote on Twitter.

This is the right attitude. But what does it say about Europe and the West? The ‘few bad apple argument’ is an easy argument that is always made in defense but it is a morally problematic excuse.
After racist insults and chants, the only thing football clubs say is ‘we have no room for racism here!’ But Europe as a society constantly plants seeds that support ‘monkey chants.’ Racist football hooligans are not socialized in a social vacuum. Essentially, racist insults and monkey chants against African players are not a special football problem; they constitute Europe’s moral failing. Blaming the social media as Phil Neville has recently done is a sad deflection. Social media is only a medium. Would shutting down the medium stomp out what people feel?

I therefore urge African football players not to rely on ‘this is not who we are’ deflections. Developing impenetrable emotional strength is quintessential for an African living in the West. There is no room for self-pity. While it is irresponsible to say that all Europeans are complicit in racist and monkey chants, it is important to note that the ‘good Europeans’ of Friedrich Nietzsche is not a practical ally but a theoretical one. While the ‘good European’ might not have a racist collegiality with monkey chanters, he is neither completely helpless nor innocent. The ‘good European’ is an uncle, an aunt, a father, a mother, a teacher, a church member, a girlfriend, a boyfriend, a gym member , etc. Monkey chants and racist insults are deep societal manifestations of latent feelings at European dinner tables. They cannot be relegated to fringe racist groups.

Europe can give African players physical protection. However, it would be a mistake for the players to place their emotional well-being in the hands of the very society that nurtures those who hurl racist and monkey chants. Africans need to develop dismissive or protective emotional strength because racist and monkey chanters care less about African emotional wellbeing. The few friends or colleagues ‘who are not like the racist hooligans’ cannot be the emotional guardians as racists celebrate emotional breakdowns.

And then there is the elephant in the room: Monkey! We have become so used to being hurt by European caricatures that we do not once sit down and critically reflect on the ridiculousness of some social insults. We cannot stop Europeans and people of European descent from what they think about us as Africans. Let us show them the ridiculousness of some of their ideas. What exactly makes Africans monkeys? Intelligence? Hairlessness? Dark Skin? Full Lips? It is easy to say that being called a monkey is a racist insult and that is all that matters. And that is exactly what the ‘racist’ wants. Remember that there are more ‘monkey chants’ inside European and Americans homes than in the stadium.

There are monkeys that look exactly like Europeans. Why are Africans then not laughing at Europeans who call Africans monkeys? In a way, Africans have given European racists and monkey chanters an unnecessary power over their emotions. All human share in some kind of “monkeyness” so it is high time for Africans to stop feeling sorry for themselves. Why do Africans act as if Europeans are emotionless robots? Africans and the “good Europeans” should tell racists and monkey chanters to look at the Proboscis monkey and macaque monkey. How come monkeys make fun of fellow monkeys? At the end, we are either all humans, or all monkeys!

Depending on Europeans and the people of European descent emotionally is the greatest self-debasement of all. Europeans and the people of European descent are human beings like all of us. They get hurt, get jealous and get silly like all of us. It is time we treat them as such not superhumans who are not capable of emotional vulnerability and weakness. People who are emotionally secure and stable have no reason to discriminate or to make fun of racial others. Emotional insecurity (or perceived physical insecurity) is at the heart of racism. Power only makes it effective.

Note: Racism is the feeling that one's 'race' is superior to other races. 'Race' is a socially constructed division of people based on arbitrary criteria; the division themselves have no basis in nature even if some of the characteristics used are biological [skin appearance, hair, nose ...]. Classifying President Obama racially with me and not his mother has no basis in nature. Note also that power is not inherent in racism contrary to the mainstream claim; it only makes racism effective.
----------------------------