GEORGE FLOYD, DEREK CHAUVIN AND THE AMERICAN NEED FOR SOCIO-CULTURAL REVOLUTION AND EVOLUTION 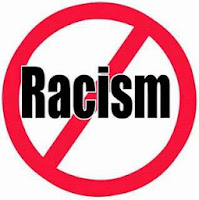 America needs a socio-cultural revolution. The civil rights movement of the 1960s only ended with a legal victory not a social and cultural revolution. Racial coexistence was forced on European-Americans; it did not come through positive, accepted social evolution. It wasn't the brother, sister, daughter, son, uncle, grandmother, teacher, store owner, who told European-Americans that African-Americans are your fellow, equal Americans. It was the government by both legal and physical force. As Nell Painter tells us in The History of White People, 'What we can see depends heavily on what our culture has trained us to look for.' Even today, America is racially segregated yet we think people will know and understand themselves by magic?
What the European-American has been trained to see is that 'African-Americans are dangerous! Stay way from them! '
When you condition people to legally desegregation, to legally 'love racial others', you only change the arena of racial sentiments and resentment. You only change where they segregate not that cease to segregate. You can prevent people not to discriminate in public, but you cannot prevent them from vomiting their racial poisons in their living rooms, their country clubs and their racially exclusive board meetings. When you have a society where even the church, the presumptive moral pivot of Western society, was segregated, then you wonder what morality really means.
While protests are good as a way to highlight racial problems within the system, it is only a tiny part of the path to the solution. No society has every solved any problem by simply telling people, 'STOP!' Death penalty has not stopped crime!

"Death penalty has not stopped crime!"

European people globally see themselves as a community, as a special 'race' that should not only stay on top but also stay apart. The likes of Richard Spencer, a self-describe alt-right nationalist, take his segregationist and race purity cues from the animals. "There is no equality in nature,' he once argued. The idea that European-Americans will treat African-Americans in the same way they treat themselves is a dangerous delusion. They have not and will not...UNLESS...unless respect for all Americans of all backgrounds is preached everywhere: at home, in the church, in country clubs, in board rooms, on the golf course, in wedding halls, in drinking parties, in schools, in bars, in hunting expeditions, on private islands... etc.
Recently, Joe Biden, the presumptive Democratic nominee for President, shamelessly told African-Americans that 'You got more questions. If you have a problem figuring out if you’re for me or Trump, then you ain’t black.' This oversimplified, simplistic and reductionist view of African-Americans (a complex and complicated demographic) is the same way they are reduced and generalized as 'dangerous!' by the police.
So, the idea that only a small group of people is the only thing you need to change society as Margaret Mead argued, is just a BEAUTIFUL NONSENSE. Yes, you only need a few people to INITIATE CHANGE; but you need the whole society to change itself for change to make sense in people's lives.
Admittedly, there is (and there always has been) an appreciable number of European-Americans, who are genuine pro-change and meaningful, beyond-legal racial inclusion. They teach their children to be inclusive and be respectful of racial others. However, they are a minority and they are at times threatened by fundamental hate evangelists (the ones erroneously called 'white supremacists'---What exactly is SUPREME about hatred?).
During the slavery period, there were abolitionists like William Lloyd Garrison, Harriet Beecher Stowe, Wendell Phillips, John Brown etc. who valued the humanity of slaves. During the reconstruction period and Jim Crow period, there were the so-called 'friends of the Negro' who campaigned for suffrage and desegregation and against lynching and its barbarity. Now, we have anti-racist groups.
However, the problem is deep rooted and superficial solution methods are mere mockery. Even scholars and academics, who are molders of societal opinion and consciousness, and who are supposedly enlightened, are part of the problem.
For instance, European-American scholars only read, cite or take seriously European and European-American scholarship. Philosopher Robert Wolff once argued that he was ashamed that he wasn't aware of a copious of African-American scholarship even when he went through the American school system from kindergarten to PhD. He only became aware, he says, of African-American scholarship when an African-American professor at the University of Massachusetts asked him to help design a PhD program in 'Black Studies.' For the first time, Wolff, buried himself in scholarly literature he did not know existed. He was ashamed European-Americans are not exposed to such an [American] tradition. As Frantz Fanon argued in Black Skin, White Masks, reason takes flight through the window when things to do with people of African descent walk in through the door.
The problem in America is not just police like Derek Chauvin and neither will protests solve anything. Protests are good manifestations of our anger. But until you see American ghettos disappear, don't expect the likes of Derek Chauvin to disappear. The consciousness that keeps African-Americans hold-up in the ghettos is the same consciousness that produces the Chauvins.
For over 500 years, Europeans believed that the African was not a human being like themselves. When reality and reason forced them to concede the humanity of Africans, they did not believe it was an equal humanity. What decolonization and the civil rights did in the 1960s is to change the arena and the manner in which the American and the European continued their belief. To expect what people believed for 500 years to disappear all of a sudden is a dangerous delusion. Chas Carrol, in The Negro a Beast or In the Image of God, believed that Africans did not descent from Adam.
African-Americans should stop putting their lives in the hands of those who do not respect their lives. Until European-Americans undergo internal, organic socio-cultural evolution to freely accept human equality without legal impositions, African-Americans should look internally for what will save the lives of their young men and women. Expecting European-Americans to value African-American lives in the same way African-Americans see themselves is dangerous delusion.
Less than sixty years ago, lynching was announced in newspapers and families [including women and children] ritualistically flocked to lynching arenas were African-American men and women were roasted alive in celebratory mood as the police watched. Lynching was stopped by the government not that European-Americans wanted to stop it as a matter of moral consciousness.
The police have shown us enough evidence that they will continue to kill young African-American men. They have also shown us that they will continue to treat European-American young men with dignity and caution. So why do we continue to expect a moral miracle from them?
All we can ask is for ALL European-Americans to inspire a socio-cultural revolution so that young men and women who become police officers are people who behave and act like normal human beings not emotionless animals who only value their kinds.
___________________
Kuir ë Garang is the editor of The Philosophical Refugee.