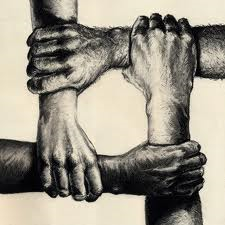 Not all Jieeng people like what is happening in Juba and not all of them are benefiting from the corrupt political system in Juba. Informed unity across tribal lines is the key.


Non-Jieeng and conscientious Jieeng people would want to end that political system too. However, the method through which an inclusive, fair and development-friendly method can be brought about in South Sudan needs the unity of clean consciences: both Jieeng and non-Jieeng alike.


Destructive socio-political systems are not destroyed violently from outside but peacefully from within. And this requires unity of purpose by good citizens; not ones interested in more hate, division and violence. #nogunsplease!


Create allies to remove the rotten system; to enlighten the uninformed through conscientious unity of purposeful, solution-focused campaigns.


The corrupt system in Juba was built by people who happen to be Jieeng but don't have the interest of Jieeng at heart. And this corrupt system is being assisted by non-Jieeng who suck up to the president for the power-less ministerial positions. These non-Jieeng politicians have a phony understanding of unity.


How on earth can a grown man, who's also a senior leader call another man subserviently as 'Baba?'

Until all conscientious South Sudanese (Jieeng and non-Jieeng) cooperate, merely antagonizing Jieeng as a tribe, rather than isolating the problem-generators, wouldn’t work. We'd not have a peaceful South Sudan through over generalization.


Crying about ‘Dink dominance’ without careful clarity of the message makes the advocates feel good about themselves but does it help solve the problem? You can’t solve the problem by creating more hatred!


Slavery, Colonialism, Racial Segregation and other forms of social ills were not gotten rid of by the oppressed by themselves. They were got rid of by both the oppressed and people of good conscience within the majority power-holders. Not a fitting analogy but you get the point!