Germinating a Mandela in South Sudan 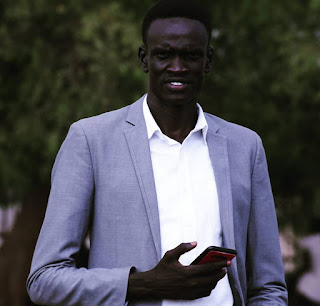 Just when we, the people, the endangered citizens of country code SSD211 thought we were through with guns and bad leader|ship (seceded from the Sudan), and celebrated our independence, the power wrangle scourge set in at our yards and we were tossed by our very liberators to be the cannon fodders and pawns of cold wars in Upper Nile and most parts of Equatoria and Bhar El Gazal regions.
Early in 2012, I made my pilgrimage (online) to Mandela's Soweto house, now a museum. It is just off Vilakazi Street, in Soweto. Just there. You take a few turns and you are there. Earth red house. And this is where he walked off from one day to join the struggle leaving Winnie Mandela with the kids. A struggle he didn't know would tow him through the dungeons and jaws of the apartheid government, through to the throne. This, he achieved through a decision. Humility. And determination. And a genuineness of leadership.
So, p-residents, crybabies, 'users of the youth', revolutionaries, dictators, murderers, cops, haters, oppositionists, crackpots, saints and even 'bany ke bith' (Translation, Spear Masters), slay writers and readers, all have had their say about anything and everything regarding Mandela. Others have called him a saint too! Even the blonde and that fairytale London witch thanked him for 'his' speech titled 'I Have a Dream'.
Alright. So let me say something too, Mandela is gone. Inevitably. May his soul rest in peace!
I can only reflect on Mandela from my local experience. The passing of a Mandela calls to my mind Dr. John Garang de Mabior, Comrade Kuanyin Bol, William Nyuon Bany, Justice Martin Majier Gai etcetera. Except that (some were failed, betrayed by colleagues to not capacitate their leadership) or  to be no more for the challenge. But would these living 'Mandelas' of South Sudan measure up to this man? Would I invest much admiration and mourning on these as I did with/on Mandela?
For Mandela led an inclusive government, anointing Mangosuthu Buthelezi 22 times as acting President; Mandela led for a single term and then passed on the baton! For Mandela articulated his vision and a people's struggle with quotable and memorable clarity and commitment, didn't Mandela embrace the youth, graciously accepting that he had played his part and needed to let go of the lead role and occupancy?
How then do I embrace the Mandela in our own as they cling to not letting go, not giving the next generation a chance, accumulating praise names left, right and center and propping only the dinosaurs of their generation at the expense of new energy and life?
Didn't Mandela, divergent reactions of the world towards apartheid notwithstanding, embrace foes and friends internalizing and understanding the inter-dependency that we all have with each other and the need to move on progressively and respectfully and, so embraced President George W. Bush as he hugged Fidel Castro and walked hand-in-hand as he rode with the Pope?

Why then can't our own stop fighting over a cup of tea - armed to the teeth with sharp tongues, chest-thumping and isolationism, the active transfer of individual, personal challenges into a national challenge and the condemnation and rabid biting of the hands of benefactors and friends while holding hands with their deputies whose double-speak is only the stuff of the amazing? Mandela was no all-round saint but a human who understood and appreciated and worked the concepts of freedom and leadership. So, to reflect on him is to mourn the dearth of leadership in our country, the missed opportunities for bonding South Sudan into a united force benefitting from its admirable diversity and potentials.

"It is a sickening pity that what I feel for he,

who wasn't my President, I can't similarly project to

he who is my President."

See, tomorrow you won't be amongst the glitterati in dark suits and black goggles and tax-payer funded jets and a million bodyguards competing for a vantage point on TV with the big man's casket. You know who will be there. But this much, I hope that the death of Mandela is the proverbial 'unless a seed dies', and that with it, South Sudan will probably get, ultimately, the leader(ship) it desperately deserves. He was no saint but he committed to some admirable ideals and achieved genuine success in liberation, forgiveness, leadership, unity, perseverance, sanity and love that's the current working and beautiful republic of South Africa.
May Mandela find eternal peace!