"The Ruling SPLM has relied on the inexcusable and the now
cliched “we are a still a young nation" to get away
with human rights abuses and incompetence." 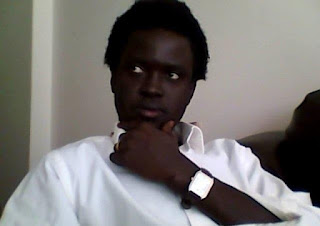 There is no question that South Sudan will take time to get used to civil societies expressing strong positions in sociopolitical issues and of strong personalities, that are not political players, to be strongly opposed to some government fundamentals. As I have always reiterated, no one expects the SPLM to build Ottawa in Juba in ten or twenty years. This is a commonsense given. Most, if not all of us, expect South Sudan to produce development results incrementally. However, it would be foolhardy to expect South Sudan not to put in place economic and political structures that make prosperity possible. Starting structures, rudimentary maybe, should have been in place since 2005.

Sadly, all we have are rotten systemic models copied wholesale from Khartoum. These copied governance models, such as too much power vested in the presidency and the national security censorship of the newspapers, have shredded South Sudanese social and political fabric; that is, what was left by the North-South war up to 2005.
Amnesty International has argued that “Since the start of South Sudan’s internal armed conflict in December 2013, hundreds of people, mostly men, have been detained under the authority of the National Security Service (NSS) and Military Intelligence Directorate in various detention facilities across the capital city, Juba. Many of those who have been detained have been held under the category of “political detainees” on allegations that they have communicated with or supported the opposition.”
These are usually assumptions made to scare people away from opinions that go against government narratives. In June 2017, the Associated Pressed (AP) reported that “15 South Sudanese journalists have been arrested, beaten, jailed, threatened or denied access to information in the past four months, according to the Union of Journalists in South Sudan. At least 20 members of the foreign press have been banned from or kicked out of South Sudan in the past six months, the Foreign Correspondents’ Association of East Africa says.”

However, there has to be a point at which we can sigh and say that 'things are bad now but they will improve in due course.' Undoubtedly, there must indeed be a point at which things should take a positive turn. For many South Sudanese, this positive turn would only come with the end of the civil war and the advent of peace. This state of mind, for all intent and purposes, is a bad.

Waiting for the war to stop completely for things to start taking a positive turn is to do a great disservice to the country and the civil population. The civil population is already suffering like it has been for the past sixty years.

In the mid-1990s, the SPLM under the leadership of Dr. John Garang de Mabior, under intense pressure from international aid agencies, regional bodies and internal split in 1991, and the pressure to build civil structures and democratic governance, knew that it didn't have to wait for the war to end to start institutionalizing its administrative infrastructures. The Civil Administration for New Sudan (CANS) was one such response. Even if CANS was still subordinated to the military Modus Operandus of the SPLA like the SPLM was, its creation is a manifest testimony that war doesn't have to end for the turning point to be created.

As Dr. Luka Biong argued in Social capital and civil war: The Dinka communities in Sudan’s civil war, wars don't necessarily destroy communities' social capitals. While some strong social fabrics are weakened during the civil war period, social capital is not completely eradicated because new social relations are built. Biong writes that "recent thinking has begun to challenge the premise that civil wars undermine social capital, arguing instead that violence is less about social breakdown than about the creation of new forms of social relations."

Since 2005, when the autonomous government was established in Juba, and more so after 2013 crisis that led to a vicious and costly armed conflict, there has been no respect for diverse opinions and human rights in South Sudan. The Ruling SPLM has relied on the inexcusable and the now cliched “we are a still a young nation" to get away with human rights abuses and incompetence.

While countries can be considered young in terms of capacities (human and technological), no country is too young to know moral imperatives such as respect for human rights and diverse political opinions.

While Juba prides in the fact that it is a democratic state and that it doesn't stifle political opinions, its practical actions say otherwise. Intolerance to opposing political opinions, political intimidations, arbitrary arrests, political assassinations, and media censorship, have become the 'new normal.' They are not merely the subversion of the normative systemic functions but the system itself, to use Alex De Waal’s phrase.

The recent arrest of Peter Biar Ajak on July 28, a PhD student at the University of Cambridge and a very vocal personality and analyst in favor of younger leadership for South Sudan (which he dubbed ‘Generational Exit), is a clear testimony that Juba is not willing to take a positive turn. Bashir Ahmed Mohamed Babiker, another South Sudanese activist, like Ajak, was also arrested on August 4 by the South Sudanese National Security in Yambio and he’s being held without any charges as his health deteriorates. Kerbino Agok Wol, a South Sudanese businessman and philanthropist, is also being help by SSNS in Juba since April 27 without charges being brought against him.

Governments have every right to take any citizen to court if they clearly demonstrate that such a citizen has violated the constitution or committed a crime of any form. And this is the work of South Sudanese courts and the judicial system. Charges need to be brought and proven in front of a competent judge before someone is arrested. Sadly, the ghost of the SPLA militarized mentality is still ruling juba. SPLM is a quasi-political party that is actually a military entity draped in a political attire.

So, when will the turning point begin?

The answer is now and e-very-day. As the peace agreement being finalized in Khartoum gives us hope for a peaceful South Sudan, it does not follow that respect for human rights and diverse political opinions will come with it. With no doubt, as it has been recently noted by some analysts, like Brian Adeba of the Washington-based Enough Project, South Sudanese agreements are usually pacts among powerful elites that don't put the needs of the average civilian into account.

So, it’s common knowledge that the advent of the peace agreement wouldn’t guarantee respect for human rights and diverse political opinions.