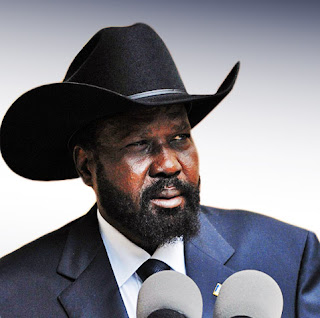 South Sudan is, and has always been, a plurinational state (See Birth of a State). This is something South Sudanese leaders know to be a historical and an existential fact they cannot brush aside.

However, seventeen years after the comprehensive peace agreement (CPA) was signed, South Sudan still does not have a structured and institutionalized process to deal with inter-ethnic violence. As we known, the Anglo-Egyptian and the Arabo-Islamic elites preyed on ethnic differences in South Sudan to ensure the ease with which they could control the civil population. They understood that a unified civil population is a threat to the effectiveness of power. Lord Lugard's 'indirect rule' was meant to give colonial administrators control over 'natives' through colonialism-friendly 'chiefs'.

So why do South Sudanese elites in Juba turn a blind eye on deadly ethnic violence in South Sudan?

There are two things we may conclude. Either the elites have adopted the colonial attitude by ensuring that South Sudanese fight among one another to leave the ruling elites unchallenged; or South Sudanese leaders do not know how to devise mitigating strategies or structures. Either way, the civil population will continue to turn against one another to address historical grievances or because of frustrations from existing practical issues of marginality in politics and in the economy.

Essentially, inter-ethnic violence therefore leaves the ruling elites, which South Sudanese scholar, Majak D'Agoot, has described as the 'gun class', to entrench themselves in power without any civil population to hold them accountable.

In his 1985 speech, former apartheid president of South Africa, P. W. Botha, argued that Africans are not a majority in South Africa because, he claimed, they are a collection of tribal ethnic minorities. This therefore, in his estimation, makes the minority Afrikaneers another minority among other minorities. Unsurprisingly, this was a colonial strategy meant to compromise African anti-apartheid solidarity.

In South Sudan, pitting ethnic groups against one another has created a compartmentalized country in which some people live in luxury while others live in destitution and poverty as they feud among themselves away from the seat of power in Juba.

But what makes this situation more worrying is that the ruling elites give the impression that they care about South Sudanese citizens. One would have assumed that these leaders do not care about the civil population in the way they have failed the country for nearly two decades. In seventeen years, South Sudan would have devised a concrete violence mitigating strategy if it wanted to.

The former head of the United Nations Mission in South Sudan (UNMISS), Hilde Johnson, explains in her book South Sudan: The Untold Story how the UN forces were overwhelmed by armed young men threatening to annihilate other ethnic groups in retaliatory rage in 2012. But what Juba tried then was a one-time appeal for calm without a sustained strategy.

When more than thirty civilians were butchered recently in Jonglei State, a group of politicians from Jonglei met President Kiir to appeal for support. But what is needed now is more than verbal appeals. What is needed is a concrete strategy that would mitigate the problem without exacerbating animosities or leaving others embittered.

Ethnic belonging is a divisive issue in South Sudan but it doesn't have to be. While the late Mozambique's President Samora Machel once argued that "for the nation to live, tribe must die", it is important to note that tribes in themselves are not the problem. Even if tribes were eliminated by some social miracle, other internal division factors would arise because there are various 'identity anchors' people use to categorize and divide themselves.

Unity in diversity, as some have argued, is the best way to go. But unity in diversity in not a walk in the park as North Americans would say. It requires a committed and sustained strategy.

One of the best ways is to ensure that federal leaders regularly visit South Sudan's 'hot spots' to sensitize South Sudanese about  why it is helpful for them to leave in peace. This may be done through what I have suggested in other place: the Ministry of Tribal Affairs  (TAM) or a Ministry of Ethnic Affairs' (MEA).  This ministry would centralize and structure violence prevention methods. There would be funding in the ministry and a workforce dedicated to reducing ethnic violence in collaboration with state authorities and local chiefs.

In this case, aggrieved ethnic groups would know where to go and who to talk to at the local, state and federal levels regarding ethnic violence. Now, all appeals are directed at the president who has no formal and institutionalized mitigation strategy.

It is important to note that ethnic groups that consider violence to be part of their cultural existence should not be expected to magically part ways with ways that have worked for their internal sociocultural pride for centuries. A sustained strategy that makes them part of the mitigating strategy is necessary.

Additionally, the devolution of the security sector may also help. This may involve where they are trained. Instead of having all security forces trained in Juba or around Juba, the headquarters of various security forces may be devolved into areas where ethnic violence is frequent.

Bilpam, which is the headquarters of the army now in Juba may be moved and established between the towns of Bor and Pibor. The police academies may either be moved to Lakes State, or the policing given to the states and federal police created.

This would ensure that areas that are less frequented yet susceptible to violence would be settled to encourage alternative ways of making a living.

What I am suggesting here is a mere framework that may make South Sudanese leaders think about mitigating strategies. Preventing ethnic violence cannot be left to chance or regular appeals to the president when one's relatives are killed.

Kuir ë Garang is the editor of THE PHILOSOPHICAL REFUGEE. He is also a Doctoral candidate at York University School of Social Work and a Part-Time professor at Sheridan College. Contact: kuirthiy@yahoo.com.